As the only Arthouse Cinema in Malta, Spazju Kreattiv, is dedicated to bringing carefully curated arthouse European and international movies to their lovely cinema located within St James Cavalier in Valletta. All in all, it's a comfortable space to enjoy an evening out with a fellow movie enthusiast. 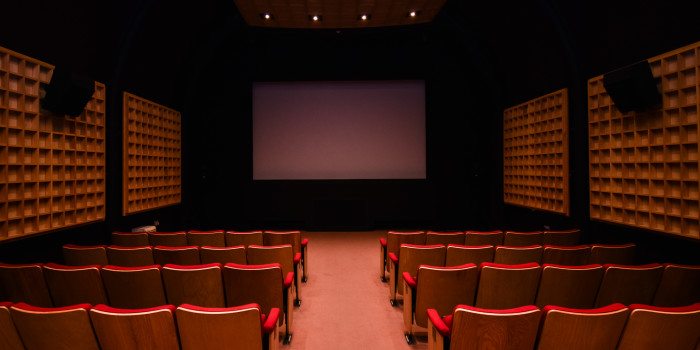 A few years back, while I was in Berlin, I was invited to go to the movies by a couple of locals. When visiting this theatre, I expected to be met with a modern cinema complex with all the latest Hollywood blockbusters. To my surprise, I was taken to a small, cozy and endearing old building which showed arthouse movies. The whole area was decorated with beautiful red velvet chairs, single seat sofas and one large screen. The movie was also a local German production. In a nutshell, it wasn't your typical cinematic experience.

It was intimate and I was immediately captivated by the city’s culture from a cinematic experience. Now, when travelling across some of Europe’s most impressive cities, I always make it a point to try and catch a movie at one of the local arthouse cinemas.

But what exactly is an Arthouse Film?

They are movies that focus on the narrative and characters of the film rather than the special effects and big actor names. These films are also usually independently produced and not as commercial as blockbuster films.

Naturally, upon my return to Malta, I yearned to find a similar experience. That's when I noticed that Malta also had its very own arthouse cinema hidden away in an old 16th Century fort dating back to the Knights of St John. It’s located in the historic St James Cavalier in Valletta, a space which also boasts an extraordinary contemporary art exhibition and the aforementioned theatre among other features.

The cinema was originally opened in the year 2000 to host contemporary creative practices, which till then did not have a natural place where to be experienced. In fact, it is the only place on the island that is dedicated to celebrating the value and art of independent filmmaking around the world. In 2019, the cinema joined the prestigious Europa Cinema film theatre network. Spazju Kreattiv’s accession into the network means that the cinema is now part of a community of 1,216 cinemas across 738 cities and 43 countries.

What did we watch?

Spazju Kreattiv has released an awesome lineup of arthouse movies this summer, all which have great ratings and interesting stories behind them. Spoiled for choice, I decided to watch comedy-drama, Another Round, a Danish production directed by Thomas Vinterberg and starring Mads Mikkelsen, which received two Academy Award nominations, so I was definitely watching a quality production. The movie centres around four university professors at a high school in Copenhagen. They lead uninteresting lives in their jobs and within their social circles, and seem to be discontent with everything. This is until they meet up for dinner one evening and get slightly tipsy. They discuss a Norwegian Philosophers' claim that humans are born with a blood alcohol content that is 0.05% too low. They put that claim to the test in an attempt to be happier, more active in their work, and ultimately more fun.

I just wanted to find out how it would go all wrong...

The Experience at the Cinema It was the 1st of August and the heatwave was persisting on the Maltese Island for the past few days. The film was screened early on a Sunday afternoon. I don’t typically visit cinemas during the day, so it was a first for me. I invited a couple of friends to join me for this cinematic experience and for just €7 they didn’t think twice – or maybe they had other reasons, but anyway, other than for the film itself, it's a great way to get away from the scorching sun.

We easily found easy parking in Valletta and made our way to Castille Square. We approached the main entrance, and climbed stone steps within an intriguing tunnel. It felt as if we were transported back in time and I wondered if it had been some secret passage designed by the knights. As we reached the main desk, one of their staff warmly welcomed us, took our temperatures and guided us towards the cinema. We were slightly early as we were ushered to our seats. There was a comfortable amount of leg space so we literally sank into our seats. Oh, and it was fully air conditioned to the point that we could stay there for hours.

The cinema was larger than I had first imagined. Under normal circumstances, it could sit for 105 people, but in order to keep a safe distance from one group of visitors and another due to COVID-19 regulations, they are currently operating at 30% capacity, so there are only 34 seats available that are available for booking for each screening. Most of the audience on the day were groups of two, mostly couples, which made me think that this could be the perfect place for a date night.

Prior to the film, several trailers of upcoming arthouse films were screened including the beautiful and sensitive story of Nowhere Special, the poignant cross-cultural satire Limbo, and a comic-tragic tale about the questions of love and longing I'm Your Man. I already knew I was coming back sooner than I thought.

And suddenly the lights dimmed and with bursting sound we were underway...

Thoughts on the Movie

Another Round is a pleasant watch. It’s hilarious, thought-provoking and full of life. Spearheading the performance, Mads Mikkelsen is absolutely fantastic throughout, holding a perfect mixture of comedy, charm and dejection. The production is entirely in Danish and it did not affect our enjoyment of the movie one bit.

The movie exposes both sides of alcohol - the invincibility that you feel when you consume it, as well as the perils of excessive alcohol consumption. There is also great insight into the harsh reality many middle-aged people face as their youth vanishes and the consequences it has on their family and friends.

After the movie, there was also a great contemporary exhibition. It’s centered around the 'conditioned comfort's' theme, so we enjoyed a nice stroll around discussing the art while still also asking each other questions about the movie.

And since we were already located in Valletta or perhaps in the spirit of the movie, we decided to take a drink or two in the city afterwards.

Find More, Do More with Chitzo

Here at Chitzo, we are all about finding new, alternative experiences to escape the main-stream activities. We strongly recommend the only art-house cinema at Spazju Kreattiv and encourage you to celebrate film production from around Europe and beyond.

To stay up to date with all that’s going at Spazju Kreattiv from films and exhibitions, follow this link.